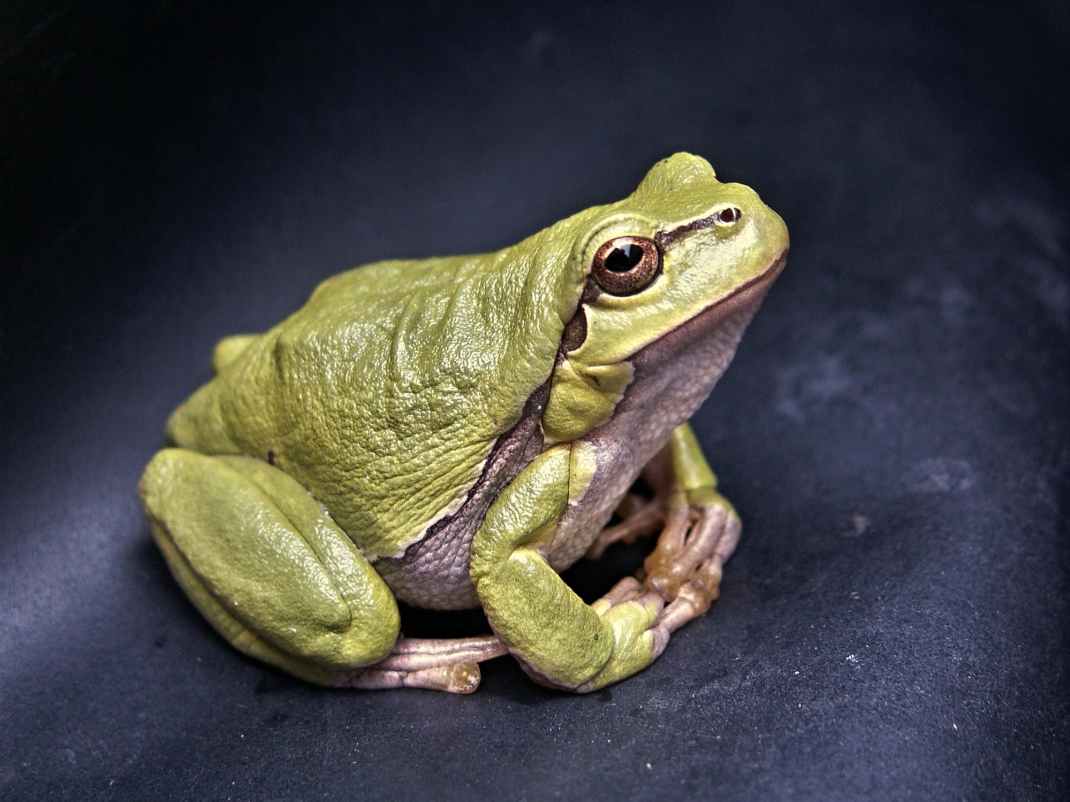 “Crap” thought the frog as he woke up and looked around the room. It was empty, that was the first sign that things weren’t going well. The second and third were the French flag in the corner and the pot of boiling water on the stove. “Oh no, not again” muttered the frog as he tried to sit up.

This wasn’t the first time Basile had found himself in a strange predicament though being an amphibian and stuck in a kitchen was new. He tried to hop away only to find string tied around his left foot. “Oh, come on!” croaked the frog, he went about untying the knot with his flippers while muttering “How the heck do frogs do anything with these damned things.”

Finally, free he made his way to the edge of the counter he was on to survey the area. The kitchen door was about ten feet away on the other side of the room and had been left ajar. He was about to make a run for it when he remembered that time in England and that bloke with the dark mutton chops who had almost took his head off with a similar trap.

Instead he pushed the handle of a mallet halfway off the counter aimed at the door before kicking a glass saucer onto the floor. It shattered and as it did the door flew open to an angry chef holding a cleaver yelling “Aha, vous êtes fini…” before realizing that the frog wasn’t on the floor. Basile waved to him quickly before jumping on the handle of the mallet. It flew across the room and smacked the chef right between the eyes. Not waiting for the man to fall instead Basile bolted out of the kitchen and into the large entrance of the house where he found his jacket hanging on a coat hanger.

With a jump up off the stair post he landed in his left jacket pocket where a small bottle of glowing orange dust. “Damn witches” Basile swore as he popped the cap and grabbed a flipper full of dust. He sprinkled it on his head and jumped of the pocket landing as a man naked in the entrance of a strange home…again.

His aloneness was like a threat of things to come. suddenly he remembered