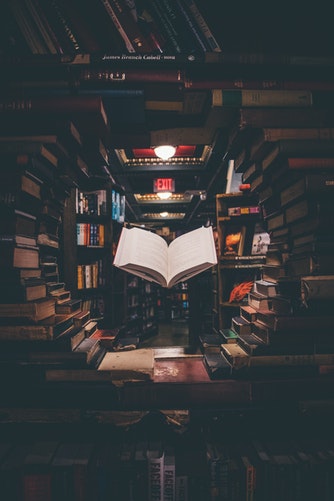 “Who dares challenge me?” the dragon boomed from the blackness that permeated the room. “Answer me or die where you stand!”

“I am Tarak, but that hardly matters, I am me” the man said.

“Well then Tarak, are you prepared to face me?” the dragon hissed.

“No?” the dragon said opening its glowing yellow eyes to peer through the darkness at this, “Are you telling me that you have chosen to come to me on a whim? That you would face a being whose power dwarfs all you know unarmed?”

The room lit suddenly as the dragon spat burst of white-hot flame at the ceiling, each burst escaping through a fit of laughter. “So, what? Can I just eat you know?”

“You can try I suppose” Tarak replied remaining unfazed.

“Hmmm, tell me Tarak, why have you come here today?” the dragon’s eyes became focused slits as it spoke, “You seem uninterested in defeating me, and taking my treasure of knowledge and power. You don’t strike me as someone looking for fame or glory. What do you gain from coming here, especially when doing so can cost you everything?”

Tarak smiled and reached into a bag slung on his back to produce a book, “I wanted to give you this!”

“A gift?” the dragon said hesitantly as a clawed hand the size of a truck reached forward and picked up the book. “What am I to do with this?”

“I was hoping you would read it” Tarak said with another shrug.

The dragon lifted the book and expertly began flipping through its pages as it read. “This…” the dragon began, “this is nothing but a simple story book? I do not understand?”

“But I have killed many of your kind, those who challenge me are always crushed by the weight of the truths I burden them with. Well some die by my claws or fire first but I prefer to watch them do the work for me” the dragon chuckled.

Tarak nodded, “I understand this, and I’m aware of the risks. I’m not asking to take your power or knowledge or riches, I’m asking to help you share the burden.” He said pointing to the book, “That book is one of mine, I know it doesn’t compare to the nearly infinite knowledge you have but I wanted to share it all the same, as a gesture of cooperation.”

The dragon sat quietly in the dark for several long minutes, then reached into the void and retrieved something. “You are a fool, and I should destroy you out of mercy right here and now.” It reached out and placed a large scroll on the floor, “Still, if you would like, here is what I give everyone who defeats me. But for you I will give one additional piece of advice, no matter what you read in that text, never take it as gospel.”

Tarak grinned again, and took the scroll saying “Thank you” as the dragon returned the gesture. So, few visited the dragon anymore, but those that did come these days tended to be much wiser than their predecessors. The dragon liked to think this had something to do with a few of his friends taking the time to help others understand the value of a good book.