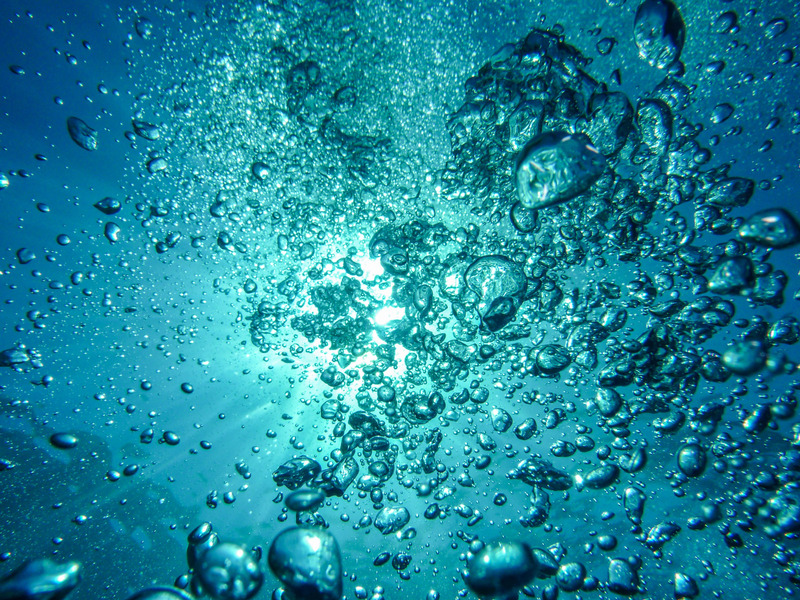 “Emma, why are we breaking into the pool?” Jasper whined, “Despite the fact that it’s illegal, it’s a pool. There is no benefit of sneaking into a pool, alone, at night.”

“I could be dragging you here to take you skinny dipping.” Emma countered as she popped the lock on the maintenance doors at the back of the pool. She pulled the door open and looked back at Jasper and waggled her eyes seductively as she slipped inside.

Jasper sighed, “You’re engaged to my cousin and I don’t think she would appreciate your sense of humour.” he said as he followed her inside.

“Why do you think I didn’t ask her to come yet?” Emma said as she began stripping layers of clothes off.

“What the hell are you doing? If you think I’m actually skinny dipping you think again.” Jasper crossed his arms and scowled both at her and the pool.

In response, Emma took her top off to reveal she was wearing a wetsuit underneath. She reached into the backpack by her now discarded clothes and tossed Jasper a plastic bag containing another wetsuit. “Suit up and quit whining!”

“You know I’m your best friend not your lackey right?” he grumbled as he headed for the changing room.

He emerged a few minutes later to find Emma standing at the edge of the ten meter platform staring at her watch. “Hurry up it’s almost time!”

“What the heck are you doing up there?” Jasper yelled from the pool deck.

“Oh you’ll see now get up here!” she shot back stomping one foot. Jasper sighed but begrudgingly made his way over to the stairs leading up to the diving platform.

He cautiously joined Emma near the edge of the platform seeing the dimly lit pool stretch beneath them. “So how long are we going to stand here and stare at the pond of chlorine below?”

Emma held up one hand still looking at her watch, “Wait for it,….” she said then a few seconds later dropped her hand and yelled “Now!” For a couple seconds nothing happened, but ever so slowly small eddies of light seemed to form at the bottom of the pool slowly bobbing around in an unforeseen current. Each one casting a mesmerising array of different colours onto the ceiling above rippling with the water below.

“Wow!” Jasper said, “that’s one trippy light show.” Emma grabbed his arm and dragged him right up to the edge. “What are you…” he began but she put a hand to her lips and pointed at the portals of light below.

“Listen, you can hear them” she whispered. Jasper didn’t have to strain his ear hard to hear the melodious bubbling of notes coming from below. One large portal seemed to stall beneath them as a large bubble of gas escaped. As it reached the top of the pool it popped and disappeared, but not before releasing a misty orange vapour that floated up.

As the vapour wafted up a fragrant odour like baked bread and roses filled the air. “What is that?” Jasper asked leaning forward nose first, “It smells amazing……. AHHHHHHH!” Emma had grabbed him by the front of his wetsuit and dragged him over the edge of the platform straight for orange hued portal below.

“Get ready, this is going to be awesome!” Emma yelled right before the hit the water and shot straight through the portal below. The world was bathed in the colour of sunset as they emerged on the other side to a warm and sweet smelling ocean.

“What the hell?” Jasper stammered, “You could have killed us! Where are we anyway?”

“No clue!” Emma beamed, “That was the first time I ever jumped in.” Jasper’s jaw dropped as he struggled to remember to tread water in his shock. “Oh don’t give me that look, I tested the air and water on this side using probes first.”

“It’s still messed up that you used me as one of your guinea pigs… Again I mean.” Jasper grumbled. He looked around at the beautiful ocean around them and saw a beach behind him about half a kilometre away. “Hey check it out, we could make it to that beach over there.”

“Can’t!” Emma yelled as her watch began to beep aggressively, “This was just a test run, we need to head back now.” She dove back down and headed for the portal they had come through. Jasper took one last look at the island paradise then followed her back.

Jasper gasped as he made broke the water’s surface back on their side of the portal, the high dive looming above them. Jasper looked down again just in time to see the portals slowly evaporating into light below them. “What happened?”

“The portals relate to the moon phases, we’re looking at a new moon tonight so it’s the shortest time span from what I’ve observed.” she grinned, “The longest is of course on a full moon where it can last for three whole hours in our time.”

“Where do the other portals go?” Jasper asked as he pulled himself out of the pool.

“No idea, but that’s what this is all about.” she squeezed the water out of her hair. “So what do you say partner? Want to come with me again next time?” Emma asked grinning ear to ear.